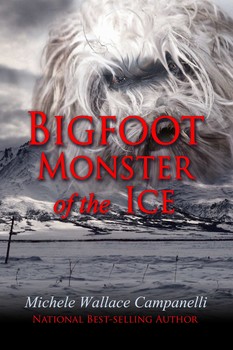 Bigfoot Monster Of The Ice

Frantic about his missing wife, Adam Reese travels to a small island off the coast of Canada with their thirteen-year-old son, Sean. There the two learn that a major new animal discovery was made while Mary was filming a documentary on polar bears for Planet X. Now members of that film crew are disappearing, one by one. Is it because the documentary is now worth millions? Not any amount of money or new animal discovery drives Adam on. Adam won’t give up finding the love of his life, Mary, especially for the sake of their son. Somehow, Adam must rescue Mary from the fanged creature that has snatched her out of the cold, freezing snow. He must save her from the white-haired Bigfoot, the Yeti…the monster of the ice. Recommended reading age: 13-17