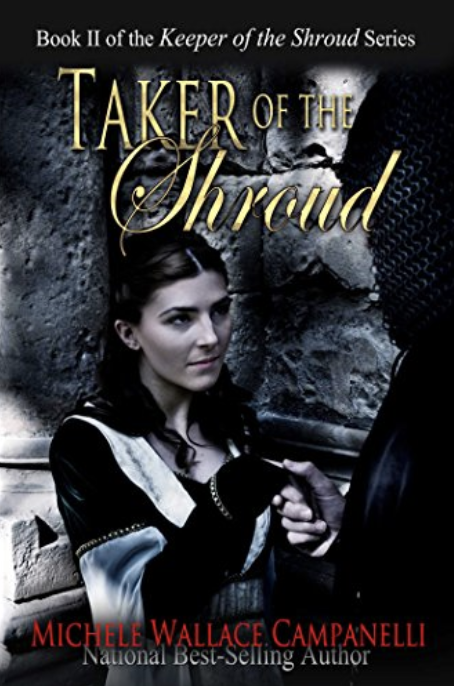 Taker of the Shroud

Bleeding severely from battle, Prince Louis returns to Valtearea Castle to warn his kingdom that King Lightenwood’s army is coming to steal the burial shroud of Jesus Christ. However, it wasn’t only the blood-stained cloth that wicked King Lightenwood sought to take but also the beautiful Princess Bella. Now pitted against this brave young Prince, King Lightenwood did not expect the battle nor the intrigue from a valiant Prince willing to risk everything to rescue his wife and to become the new Keeper of the Shroud.