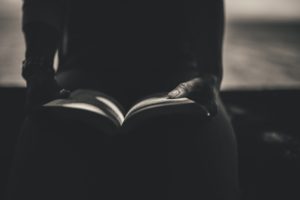 New Speculative Fictions books may contain varied tropes such as Ghosts, Bigfoot, Binary Suns, Bizarre Universe, Colonized Solar System, Constructed Worlds, Crystal Landscape, Cyberspace, Dark World, Paranormal Tropes, Energy Attack Tropes, Romanticism Versus Enlightenment, Shapeshifting (TVTropes 1). No longer are Speculative Fiction settings exclusively outer space but may be based on the subject’s fear such as the woods or haunted houses. Unlike gothic novels, which include the vampire, wanderer, or the seeker as protagonists or antagonists, Speculative Fiction can create by world-building. The sky isn’t the limit; some may argue that speculative fiction is the most creative form of novels. World building plays a very important role in Speculative Fiction! According to author Malinda Lo, “The five most important ways to create worlds is to have rules, ritual, power, place and food” (Lo 2). Yes, even what the characters eat reflects world-building in Speculative Fiction! Authors world-build from the very first line! Another trend in Speculative fiction is the growth in the stronger female character. In the past the horror genre cast women as simple screamers and runners with men saving the day, but that is no longer the case. Speculative Fiction has branched off of the gothic novel with female characters stronger than ever before! No longer are women seen as weak who need to be saved. Now the female Speculative Fiction protagonist is the one doing the saving of her male counterparts! Another trend in the modern Speculative Fiction is that of blending with contemporary fiction, which means endings are not always happy or nicely resolved. No, now Speculative fiction can have an ending that is not only unexpected, but one that the reader never wanted!

My place in the Literary Landscape is that of a professional writer, short story author, screenwriter and novelist. I’ve been writing since I was in high school and my first published novel was in 1991. But this is not when I first began as a story teller. According to my Mom, she gave me a Noah’s Ark toy when I was three; immediately I started making up stories to go along with all the animals. Honestly, it has always been my great joy to use the written word to entertain or help others. Not long ago, I became a member of the Florida Writers Association and Space Coast Writers Guild. I plan to use these connections with these two groups to find agents and publishers. FWA also initiates the Royal Palm Awards which presents monetary rewards and recognition to authors of new written works. The group hosts 26 different genre in both fiction and non-fiction. I’ve written many novels and most of them have never been “on the shelf,” they are eBooks or audio books. The anthologies I’ve been published in such as Chicken Soup for the Soul or Chocolate for a Women’s Heart do wind up among self-help books and my children’s books are also available in print. My next book called Birds of a Feather is a Speculative Fiction thriller that records how poisoned vultures begin attacking mankind. I’d imagine it would fit in the science fiction or horror section of the bookstore. Finding a Thriller/Horror audience can be done through websites such as Goodreads. Some libraries allow connecting with other authors and perhaps stage book promotions. I also plan on using social media to advertise.