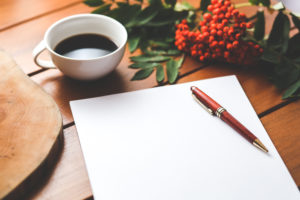 How long have you been writing?

Frank: I did a lot of writing in the police department because I had to write reports by the hundreds. So, I became a proficient writer for police work in various capacities, including administrative or criminal investigation. My leisure writing career began in the mid-nineties when I fully retired and moved to the North Carolina mountains with my wife. She’s a sculpture artist, and we decided to give the beautiful western North Carolina mountains a try. It’s like God’s green earth, it’s just wonderful. So we moved there for a while, and that’s when I started working on my first book.

What inspired you to start writing books?

Frank: It was something to do. It came easy to me. Whereas I know with a lot of my friends, writing wasn’t their forte. But I’ve never changed the spark plug in a car; it’s not my thing. But I’ve written a lot of papers, books, and articles. For me, writing was a way of releasing my native instincts or talent. So, I coupled that with a lot of very interesting stories to tell.

How do you conduct research for your books?

Frank: It depends on what research I’m doing. If it’s criminal justice, naturally, I use Google, encyclopedias, and biographies. I read other people’s books that may pertain to what I’m writing about. I’m a shoot from the hip kind of guy. I’m not an organized person; everything doesn’t have to be just so, or in a certain order before tackling something. I can get up at two o’clock in the morning and whistle off a paragraph or half a book. Writing comes pretty easy to me. I’d rather write that way than try to be a structured person because then the work loses a lot of its humanity.

You write both nonfiction and fiction. Can you touch on your experience writing non-fiction books?

Frank: My non-fiction writing is relevant to something going in the country or in the world. My last book, A Boy Who Mattered, was published a year ago, and it was about my son who died. He was 58 years old, and he was a drug addict. It was no surprise when he died, but it was a tragic story; he was turned to using drugs by his own mother. So, that’s the basis for the story. The book shares how everybody has different reasons they get involved with drugs. For me, writing about his problems was a catharsis. Also, it was something that I just felt like I had to do; I had to tell his story because there’s somebody whose story is just like it.

Would you say that you get your inspiration for writing your books from your own personal experiences?

Frank: Not necessarily always, but I’d say for the most part, yes. If you go to all seven of my fiction books, there’s my personal life or somebody else’s personal life that I’m familiar with it. I’ll maybe change names, locations, or make minor changes to the specifics of the story. But, the bulk of the story, such as a person who overcomes hardships, remains. Fiction is more challenging because you’re making up a story. But, most of my fiction books are rooted in some aspects of a true story.

Tell us about your first published book? What was the journey like?

Frank: The book is titled Beyond the Call, like beyond the call of duty. It was one of the biggest murder cases that I investigated when I was a captain. The case was the beating to death of a black man that was on a motorcycle. It went on a big chase, an eight and a half minute chase all through the city of Miami. Finally, they caught him. When they caught him, they lost control of themselves. The officers beat him to death with clubs and nightsticks. So, I always had some issues because it was a very high profile case. It got a lot of attention in the newspapers. Janet Reno was the major prosecutor; I was a major investigator. There were some things that I didn’t agree with like the way the media handled it. I didn’t even agree necessarily with the way the department handled it.

Everybody made it out to be a racial crime; that these guys just didn’t like black people and went on to beat a black person. My feeling was that it wasn’t rooted in racism. It was rooted in pure instincts, a bunch of guys whose adrenaline was pumping so bad. They just couldn’t control themselves. When they finally caught the guy, they didn’t even know he was black. So, I tried to pull the race card out of that particular story. It was a bad story, the cops were bad guys, and they were eventually acquitted in trial. Miami had one of the biggest race riots in the South of the United States ever; that was May 17, 1980. So, I always wanted to write a fiction book using the two stories backed up in this episode and bring the truth to light. I did that with Beyond the Call.

For your book Beyond the Call, what was the process of getting that book published?

Frank: One of my faults is that I’m impatient. I don’t want to go wait three years to find a publisher and another three years to find an agent. So, somewhere 10 years down the road, my book gets published. This particular story was really taken very closely from the true story of the officers that beat this guy to death. I wanted to publish this book in a period that people would remember the incident. So, I decided to self-publish that book in 1999. I published with Amazon and Barnes & Noble. It sold just like any other book. My second, third, fourth, and fifth books were all published by standard publishers.

What, in your opinion, are the most important elements of good writing?

Frank: Well, if you write fiction, you’re usually telling a story about people. You have to help the reader identify that person’s traits. Sometimes you have to be careful about not overdoing it. Still, I try to just bring in a little extra accent or logos that would identify that character. I think characterization is the most important part of writing fiction books. Nothing is more important than having good characters, realistic characters, and characters that the reader can relate to.

That’s a gift, you don’t just sit down and do it. It takes a while. You make mistakes and then redo the mistakes, which I did do a lot of. Eventually, the books got published. In Beyond the Call, I did have an agent for about six months, and the agent taught me not to make the book so big and long. People would put it down and not read it anymore. Also, don’t try to show off what a great writer you are, just write. It isn’t about how great you are. The reader will determine if you’re a great writer or not.

What advice would you give a new writer, someone just starting out?

Frank: 1) Have an open mind. 2) Be ready for criticism. 3) Don’t take the criticism to heart because everybody looks at things differently. 4) Rewrite, rewrite, and rewrite. 5) Don’t lose your mojo just because you’ve been rejected.

What are you reading?

Frank: Nothing. I only read when I need to read. I’m not a reader that sits back and reads just because it’s relaxing. But if I’m going to write a book about the 9/11 catastrophe, I will research that in-depth, so I know all the little nuances that I want the reader to understand. I read what I need to get my writing done.