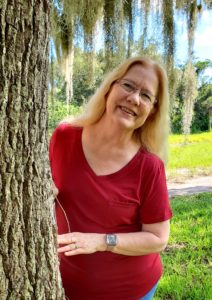 This interview features advice from editor, author, and publisher Joyce Good Henderson. An expert in coaching writers, Joyce is an Editor at EssayLady. This role allows her to help students gain admission to their dream schools. Joyce was first published at the age of 16 in Woman’s Day magazine. She has authored 18 published books in both fiction and non-fiction. Joyce’s publishing company Celtic Loom Books, publishes Celtic-inspired historical and contemporary fiction and has successfully published several books. Passionate about her local writing community, Joyce is a lifetime member of the Space Coast Writer’s Guild. Primarily in the 90s, she served as the organization’s president for a few terms. During Joyce’s presidency with the Space Coast Writer’s Guild, she organized and conducted many conferences.

What inspires you to work in the writing industry?
Henderson: Writing was not my first profession. I’m also a nurse. I’ve been a nurse for 50 years. I first started writing because I’ve always felt like I had to write. Writing is something that just happens inside of me; it’s an outlet. I need to write because I have stories. I have ideas. When I’m working on a story, I have characters that want their story told. So, everyday life inspires me. When my children were little, I had a syndicated column in five newspapers in Southern Ohio. I wrote about everyday things like gardening, children, the weather. I wrote about whatever I happened to be dealing with daily, and that was an invaluable experience because I learned to write tight. I had a certain number of words, a certain amount of inches on the column, and I learned how to write very succinctly.

What is a day in the life of an editor?

Henderson: Every day is different, it depends on who or what I’m working with. I edit essays that students are writing for their application to college, grad school, internships, etc. So, on that level, I will generally begin with reading whatever they’ve written. Then I’ll go back and read it a second time and start editing. No matter whose work, I complete two different types of editing. First is a line edit, which improves on grammar and sentence structure line by line. Second is a content edit, which challenges if the story works. Are the characters true to their nature? Are they consistent throughout the book? Do you see character growth? Is there an arc? Is the dialogue realistic? These are questions to consider when content editing.

Are there any misconceptions that people have about editors?

Henderson: I don’t think people understand that editors are their friends. Editors want to help them write better, make their work better, make their work more readable, and make their work more sellable. I’ve never encountered a mean editor in my life. I’ve had a few I didn’t agree with, and we’ve usually discussed whatever the issue was and worked it out. Ultimately, in my world, the writer always has the last word because I believe that the content has to sound like the writer. It has to capture the writer’s voice. So, I try to edit with that in mind and not alter the writer’s voice. I think that’s a significant thing for an editor because the work is not mine, it’s the writers.

Why do writers need to hire an editor?

Henderson: It goes back to both content and line editing. Many writers don’t have a good sense of spelling and grammar. They don’t know what publishers look for or what can actually exclude them from publication. That’s one of the things I do know very well, and I work with writers on that level. Writers may think that their story is perfect and that they edit well, which might be the case. However, you tend to overlook your own mistakes because that story has lived in your head for so long. I do the same thing. I would hire an editor for my own work or have somebody else read it to make sure I’m not missing something. You don’t have a second chance to get past an editor or a publisher. That’s it! You have one chance, and if you blow that one chance, you can’t go back. So they’re not going to accept something that is either riddled with mistakes or doesn’t meet their particular content need.

How can writers avoid being scammed when attempting to hire a book editor?

Henderson: They can ask what their credentials are. Have they worked for any notable publications? Is there anybody that would offer a reference for them? The most important thing is getting several references. You can also check with the Better Business Bureau. I would even post a status on Facebook, asking if anybody has experience with so-and-so as an editor. You can vet editors through writer’s groups. Sometimes you can get a feel for something that’s not quite right. You can also ask an editor what they charge upfront; many editors won’t take payment until after reading your work. I personally would not pay in advance.

In your opinion, how can writers improve their writing skills?

Henderson: Get involved with a group like the Space Coast Writers Guild. They have critique groups, conferences, and lectures every month. You can always learn new things from being around other writers. Networking at a writer’s conference or writing group is important if you’re serious about being a writer. If you are a student, the more you write, the better you’ll become. As a student writer, you should buy books about writing. There’s plenty of those on the market. The Writer magazine markets a ton of books that help writers hone in on the specific area(s) they need improvement on.

Do you have advice for new authors who are ready to start their path to publication, what’s the next step?

Henderson: Well, that would depend on what level they’re at. If they’ve already written something and don’t know where to go from there, and they’ve perhaps hired an editor and still aren’t sure what to do, then The Writers Market would be a helpful book to own. A new version is released annually and includes information on who’s buying what and how to get in touch with them. If you’re writing fiction, you need an agent; you can’t go anywhere in fiction without an agent. If you want to self-publish, approach an author who has experience self-publishing, they may be willing to share some tips with you. There’s really not one answer on “the next step.” It would be easier to address the first step; the first step is to apply the seat of your pants to the seat of your chair and write!

What do you read for leisure?

Henderson: Oh gosh, believe it or not, I like to read spy novels. I am a huge fan of Daniel Silva, Brad Thor. I will read anything by those authors. I read a wide variety of books, but those are kind of my secret pleasure! I also like Rachel Hauck. She’s a local writer who writes Christian fiction; I really love her work. I usually buy her books the minute she turns them out. Charles Martin, who is from Jacksonville, is a Christian fiction writer. He’s one of those people that writes like there’s music in their words. I could never write a sentence the way he writes it because it’s just so lyrical and magical. So, I just eat up his novels.