Publishing and Self-publishing: What’s the Story? by Oisín Ó Ruacháinn 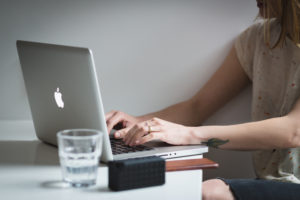 The world’s next great novel could be sitting on a lonesome shelf collecting dust, or on the shelves of bookstores everywhere—the difference is made in publishing.

Among the thousands of questions that arise for today’s new authors, one of the most common is, “what’s the difference between publishing and self-publishing—do I need an agent?”

Self-publishing has become more accessible than ever, with major companies like Amazon offering instant, monetized self-publishing for anyone with an idea (and a manuscript). How far, however, can one go with self-publishing compared to the traditional form of publishing?

“If you want to get on the shelves of Barnes & Noble,” said New York Times bestselling author SQuire [sic] Rushnell, “you need to be with a distributor that can get you out there, and get you on the shelf.”

SQuire Rushnell, a veteran of media, both written and visual, who worked as a creative producer on “Schoolhouse Rock!” and wrote a bestselling series, ‘When God Winks’, offered some advice on publishing in the digital age.

“Getting into the publishing houses is the trick,” Rushnell said. “Once you work on a book, and you get it all done, and you think you’ve just reached the finish line—you’re really [at a point] before you’ve even gotten to the starting line.”

According to Rushnell, a literary agent is the ‘key to success’ in publishing. While finding one may sometimes be difficult, their relationships are an excellent way to get books sold.

Rushnell also provided one tip to find an agent that is as simple as it is useful: go into the local library, look for the section of books similar to your own, and search their acknowledgments pages. There will often be listed, among editors, family, etc., the author’s literary agent.

“You can even have your first conversation with a literary agent by congratulating them on selling, for example, Bob Williams’ wonderful book on Fly Casting,” Rushnell said.  “I think that’s a great trick.”

Rushnell also mentioned that the benefits of working with a publisher lie in the sales department, as people in sales know whether a book will sell or not, and are generally familiar with the market of your type of book.

“The publisher’s job is to get the book on the shelf,” Rushnell added. “My job [as a writer] is to get it off.”

Such are the merits of traditional publishing—what about self-publishing? Can it stand up to the highly competitive and often exclusionary world of publishing?

Certainly, self-publishing is not only highly accessible, but many authors have sworn off traditional publishing routes after having found great success in self-publishing. For example, Dr. Euan Mitchell, an author/lecturer on self-publishing, has been teaching the public how to navigate digital self-publishing since 2002, according to an interview he gave with The Garrett: Writers on Writing.

“This is something I hope to get across just in this interview,” Dr. Mitchell told The Garrett. “There are dedicated companies out there that distribute books. They’re not necessarily Penguin or Macmillan, but you can Google them.

“We signed with one of three distributors who pitched for our business after the demand was created through the publicity on ABC radio,” Dr. Mitchell continued. “So, I printed 2,000 copies, to begin with, and I thought, ‘Well if I’m lucky if I go around doing talks in schools, I might be able to sell them in a few years.’ I ended up selling out in 10 weeks. I reprinted 5,000 after that.”

Publishing can be a complicated and somewhat enigmatic process. But whether you choose to work with a publishing company or prefer digital self-publishing, getting your work finished and out there is the first step.