The Gothic Novel: A Stepping Stone toward Writing Equality 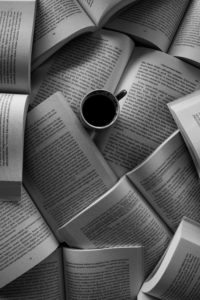 Gothic literature may have begun in the Enlightenment Era, but for women it was the beginning of the female author writing for other women. At that time, women were beginning to become educated. During this time, being literate provided a path for women to become employed outside the home and one step for women who wanted to become self-sufficient. Female writers were often overlooked by publishers or were advised to assume a male name in order to be published during this time period. Although throughout Gothic novels women’s roles would still be considered secondary in importance and would require a male protagonist, the literary climate certainly changed as did society’s political agendas. Portrayals of women in Gothic literature may have first intended to keep them domesticated, but instead Gothic literature became a pathway for women to have a voice to fight for their sexual and political rights. Perhaps that is what men feared most. Key Gothic authors include Ann Radcliffe and Mary Shelley.

Ann Radcliffe was the first writer of the female Gothic novel to become popular. The plots of the first Gothics hardly seem even a distant cousin to what is considered a Gothic novel by today’s standards. Women fought off suitors who merely wanted to reel them into the life of domestication. Perhaps it was the overbearing father that the suitor has to convince. However, the female Gothic was by all means feminist and Ann Radcliffe was recognized as the mother of this genre. Gothic Literature opened the door for female writers, but fear was the emotion used to draw in the readers.

In “Gothic versus Romantic: A Revaluation of the Gothic Novel” writer Robert D. Hume believed that Ann Radcliff’s novels use the involvement of the readers’ imagination to create this Gothic endeavor (Hume 284). Hume also points out that the Gothic literature draws a distinction between terror and horror. Mrs. Radcliffe believed terror opens up the reader to the sublime while horror closes the mind with repugnance (Hume 285). Indeed, the sublime is a very important part of Gothic Literature and the difference between fear and horror was explained by Edmund Burke in his philosophy novel, A Philosophical Enquiry into the Sublime and Beautiful (Hasanat 1). There are three symbolic figures in Gothic Literature: the Wanderer, the Vampire and the Seeker (Hasanat 2). The wanderer represents man’s crime against God for blasphemy. Because of the wanderer’s mocking God, he is doomed to a life of eternal gloom. The Vampire is an inversion of Christian repression. The Vampire mocks God’s will because of his immortality. The third figure is the Seeker who wanders for forbidden pleasure. This third type can be best identified in Mary Shelley’s Frankenstein when Frankenstein wanders about with insatiable sexual desire which causes a mixture of fear and pity; this novel forces the reader to face his/her views on beauty and aesthetic pleasure.

According to Robert Hume’s article, Ann Radcliff only threatens things whereas Mary Shelley’s novel Frankenstein is much different. Instead of hinting about a conflict, Shelley hits the reader hard by this creature who defied God in bringing the dead back to life. Her attack was shocking to her generation: she was challenging God and creating a reason for women to fear being raped or kidnapped by Frankenstein whose need was to be accepted and wanted. Obviously a shift occurred between these two female writers. (Hume 285).

James M. Keech’s article “The Survival of the Gothic Response,” states that Ann Radcliffe believed that terror negates fear. She thinks that terror and horror are absolutely different emotions (Keech 131). Fear enlightens the soul and awakens the mind to a high degree while terror freezes and annihilates (Keech 132). Keech’s definition of Gothic novels is described by its common element which is fear. Not just any fear –it is impressionistic fear over concrete images and details. Radcliffe’s novels are an association with fear which build the conflict and fear through foreboding. Fear is an underlying factor throughout her novels which even today receive high praise and are considered the foundation for women’s literature. After all, women finding their voices and being able to read sparked feared in general society.

Keech’s take on the roles portrayed are often hero-villain, one power, force or passion which is a focal point. Power is extraordinary and perhaps perverted such as Victor Frankenstein’s need to act like God and create life. Moral corruption was predetermined by Frankenstein who was so distraught by his brother’s death. Corruption can be both villainous and heroic depending on how the author spins his tale. Of course the opposite of strength and power is the helplessness, usually the maiden who is seen as victimized by society or humanity. This reader accepts superhuman powers to fight the villain and save the maiden (Keech 136).

Certainly Gothic novels are based on fear. At their beginning, perhaps it was women both finding employment and a voice on political and societal agendas that were feared most. Of course, fear was used to hook readers and bring them on unforgettable journeys where obstacles or even monsters have to be overcome. As women found a voice through this genre, women writers began to make a name for themselves. In the beginning, the female characters were generally in need of saving or portrayed sexy sidekicks, but through the years their voices have gotten stronger and the characters have changed. Now female protagonists take the leading roles and become the ones doing the fighting. They no longer need a man to save them. The male characters instead stand with them and aren’t dominating partners. Gothic novels and their characters have evolved since Ann Radcliffe stepped in and changed the lives of women writers everywhere. The roles have certainly branched out since Mary Shelley’s women characters ran in terror. Both Radcliffe and Shelley changed the way female authors, who had been seen as inferior to their male counterparts, now made great strides, especially during this time period. Gothic novels may have been created for women to embrace feminism and stay domesticated but clearly, they had the opposite effect.

Today, female writers can claim that Gothic novels were a stepping stone to literature equality.